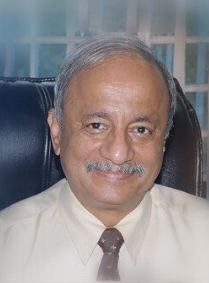 Lt. Gen. (Dr.) M. D. Venkatesh is the seventh Vice Chancellor of MAHE Manipal. He graduated from Mysore Medical College in 1978 with an exceptional academic record and was commissioned in Armed Medical Corps in 1979. He acquired his MS (ENT) from Mumbai University in 1986 and is an outstanding ENT Surgeon. He has undergone training in Cochlear Implantation and Neurotology in India and Overseas.

He has contributed significantly in the field of medical education, having trained generations of undergraduate and postgraduate students in the Armed Forces Medical College (AFMC), Pune and, also, having had the unique distinction of holding, over the years, all the academic positions of AFMC, from Reader to Dean. He was also a founder faculty of the department of Medical Education Technology at AFMC.

He was in the armed forces for 38 years, during which, besides academic, he has also held numerous administrative appointments, and is credited with many achievements. He was instrumental in instituting the “on-line admissions process” for UG, PG and Post-Doctoral admissions to the Armed Forces Training Institutions that ensured total transparency and efficiencies in the system. He also headed the premier training establishment of AMC that provides training to all para medical personnel of AMC and medical officers of AFMC.

Dr. Venkatesh joined as the Vice Chancellor of Sikkim Manipal University on July 1 2017 and complete his three year term successfully on June 30 2020. During his tenure he has contributed immensely to the development and improvements in infrastructure, academic processes, and IT infrastructure of SMU.

He has been able to bring research and publication sharply in to focus and SMU has seen a remarkable upswing in the number of projects and publications. He has revamped all the academic, HR, IT and financial policies of SMU for improved productivity outcomes.

He has displayed inspiring leadership qualities and team building skills and has made “Team SMU” a confident, cohesive and result oriented unit. Under his leadership SMU achieved the recognition as a leading Private University in the country.