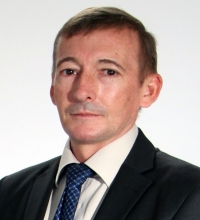 Dr Jason Fitzsimmons is the Academic President of Manipal Academy of Higher Education, Dubai Campus. Dr. Jason has been part of the Manipal Education team previously as the Chairperson at the School of Business at MAHE Dubai as well as Dean of Executive Education. It is his sheer determination and meticulous nature that has driven him to being the Academic Head of this prestigious institution.

A Doctorate in Physics and MBA from the Queensland University of Technology, Dr. Jason firmly believes in commitment, team work and efficient completion of any task undertaken. He leads several disciplines on to the path of excellence to ensure consistent delivery of quality education. He has been responsible for identifying and establishing student exchange programs through collaborations with various universities across the globe. He also focuses on R&D initiatives, Professional Society activities, Industry collaborations for internships, placements and research activities at Manipal Academy of Higher Education, Dubai.

Dr. Jason Fitzsimmons successfully completed his BAppl. Sci in Physics from the Queensland University of Technology in 1991, after which he continues to pursue his academic career in Physics and Strategic Management & Entrepreneurship simultaneously also at Queensland University of Technology achieving great success in both. He acquired his PhD in Physics in 2000 and his MBA in 2001. Right after receiving his MBA, Dr. Jason went on to teach at the Brisbane Graduate School of Business, Queensland University of Technology for 8 years. He then moved continents and became the Director, MBA Programmes, Alumni Relations Office and Associate Professor at U21Global Graduate School, Singapore where he worked for 4 years. In 2012, he moved to GlobalNxt University in Kuala Lumpur, Malaysia and finally joined Manipal University in 2015. He has also had significant industry experience and was involved in several successful startup ventures.