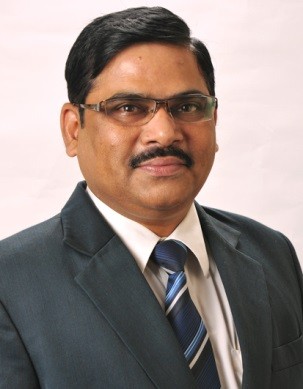 He has 24 years of teaching, research and administrative experience. He started his career as a Lecturer in the Mechanical Engineering Department at MS Bidve College of Engineering, Latur, in 1989.

Dr Reddy got his Bachelor’s degree in Mechanical Engineering in 1989 from the Marathwada University Aurangabad.

He became Professor and Head of the Mechanical Engineering Department in 2004. Dr Reddy published 22 research papers in journals, and national and international conferences. He has seven patents, one US, two international, and four Indian, in association with IIT Mumbai http://www.ircc.iitb.ac.in/IRCC-Webpage/LicensingTechnologies.jsp?TechnologySrNo=1

One of his research papers was published in Spanish, in the Refrigeration and Air Conditioning Journal in Madrid, Spain.

He is a life member of the Indian Society of Heating, Refrigeration and Air Conditioning Engineers (ISHRAE). He served the ISHRAE Mumbai Chapter at various positions such as a Chapter Working Committee Member in 2004-06, Treasurer in 2006-07, and Secretary in 2007-09.

He is a member of ASHRAE (American Society of Heating, Refrigerating and Air Conditioning Engineers) and also the ASHRAE student branch advisor.

He was ISHRAE’s Student Chair, Western Region (Maharastra, Gujarat and Goa) in 2008-09. He was the ISHRAE Students’ Activities Chair, Hyderabad in 2009. He was MTech Examiner at IIT Bombay, Bhabhasaheb Ambedkar Technological University (BATU) and University of Mumbai.

Dr Reddy conducted more than 6 short term courses in the field of refrigeration and air conditioning. He worked as the Principal of Medha College of Engineering, Hyderabad from November 2008 to August 2009. During his tenure he started the student chapters of IETE, CSI and IE.