In August, 2008, H. H. Sheikh Khalifa bin Zayed Al Nahyan, President of the United Arab Emirates appointed Al Suwaidi as Director General of the General Information Authority (which was later merged with the TRA) and tasked him with the activation of the eGovernment programme at the federal level in the UAE. Prior to that, Al Suwaidi held the position of eServices Director at Dubai eGovernment between 2000 and 2008, where he led the e-Governance transformation in Dubai government and contributed in raising the community’s e-literacy level to facilitate a new knowledge-based society in Dubai.

He is a consultant in Community Medicine & Public Health from the United Arab Emirates, Dubai. He awarded the Arab Board of Health Specializations Certificate in Community Medicine in 2011(Clinical Phd). Following that, He acquired a Master degree in Quality and Safety of Healthcare Management from Royal College of Surgeons in Ireland (RCSI), He got his Second Executive Master degree in Business  Administration from Zayed university. Currently he work as Head of Communications  and Public Relations Section in Dubai Corporation for Ambulance Services 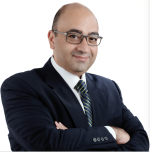 Ahmed worked the past 9 years as a CFO for medium-sized multinational companies positioned in the OIL & Gas and Wind Farm industries. He has an overall experience of 26 years in the marine & subsea construction fields. He has pursued several sophisticated projects involving restructuring of insolvent companies, M&As, corporate valuations, apart from pursuing assignments for growth & expansion management. Ahmed has also earned number of academic and professional certifications throughout those years, in addition to a published paper summarizing an Empirical Study of Impact of EVA Momentum on the Shareholders Value Creation as Compared to Traditional Financial Performance Measures – With Special Reference to the UAE 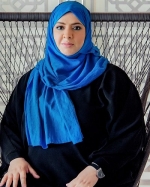 Born in Abu Dhabi 1978 educated in London, Al Qubaisi holds Master in Cultural and Creative Industries from HCT-CERT Abu Dhabi, B.A in Silversmithing, Jewellery and Allied Crafts from London Guildhall University. Al Qubaisi studied at Chelsea College of Art and Design (Diploma of Foundation Studies). Exhibited locally and internationally in group and solo shows, Al Qubaisi represented UAE in “A 1001 steps Festival” in Helsinki, Finland 2004 and she is the first artist to exhibit at DIFC in 2005. Al  Qubaisi  exhibited  in  and  “Language  of  the  Desert”  in  Abu  Dhabi,  “Three  generation”  by ADMAF at Sotheby’s London and UAE national day exhibition at Expo Milan 2015, “Portrait of Nation” by ADMAF during Berlin Art Week, Germany 2017 and UAE Design Stories Milan Italy and UAE Design Stories UK.

Al Qubaisi was published in several books and publications, her wearable art from Life series and Bareeq Al Oudh series are published in “500 Earrings: New Directions in Contemporary Jewelery” by lark Books and her artwork “DHAD” published in “Portrait of Nation” by ADMAF. Awarded locally and internationally, winner of the British council YCE Award, Emirates Women Award in Business and Social Contributions Categories.

Al  Qubaisi  is  a  multi  decipline  artist  and  entrepreneur,  her  designs  trails  the  world  as  an ambassador of locally designed and produced bespoke corporate gifts and trophies since 2005. Proudly the producer of “H.H Sheikh Mansoor Bin Zayed Al Nahyan Festival”, “Millions Poets”  And “Make A Wish Foundation – UAE”.